So, I’ve developed a new hobby. I like to sit at bars and people watch. For most, that’s pretty damn normal. But for me, I like to find the worst people in the bar, and draw doodles of them. Maybe they’re totally obnoxious. Maybe they’re dressed entirely too inappropriate. Either way, I’m going to draw their likeness on my phone and share it.

It all started with the girl depicted above. I couldn’t decide if she was Mrs. Potato Head reincarnated or just a walking sausage stuffed into her own natural casing. Either way, she was a total bitch to the bartender for no good reason other than she was a terrible person. I was wasted, she was wasted. I doodled her into my phone.

This girl was her friend who came up to the bar after her tuber of a friend walked away. She was equally as catty and needed to not expose her entire mid drift.

The second night we all thought it would be great to go see a friend of ours who had just started waitressing at a titty bar close by. These women were pretty brutal. It was as if the Tuesday day shift was pulling a double on a Thursday night. Needless to say, I wasn’t exactly “making it rain”. 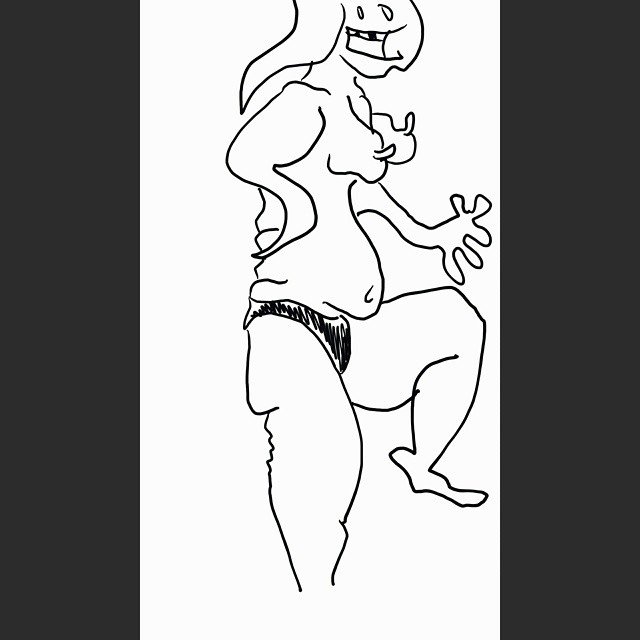 This one spoke out to me the most. Her elegant gut would extend well past her tits when bent over, and it was very apparent that she had literally “danced her ass off”. Note the gratuitously long nips. Good god, man. I drank a LOT this night.

Sometimes I will doodle my friends, too.

This is my good friend Cammie. She pretty much rules and is a badass bitch. She also might as well be married to Skip at this point as they’re never far apart. Peanut butter & jelly, peas & carrots, all that.

One night i found myself sitting around a boarded-off fire pit on the patio of one of my favorite haunts. We were all having a few beers relaxing when a group of loud youngins came rolling in. I wasn’t sure if they had just left an opera or were just fans of raping and pillaging, but… 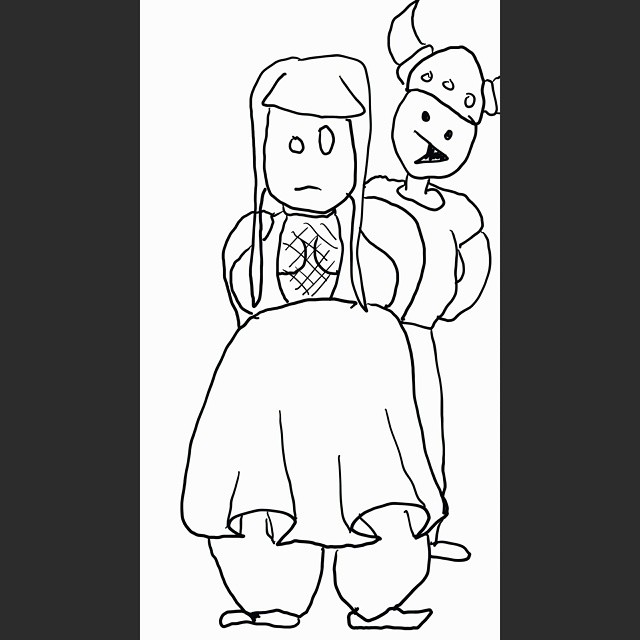 …one of them felt the need to wear a viking helmet. The other, well, I don’t know what she was trying to wear. They were obviously new to the bar scene. Hell, I think they were just new to leaving the house. They obviously weren’t too sure as to what one wears when venturing out into the public.

Some women just shouldn’t be on a stripper pole.

Then there’s this asshole. I was having a nice, quiet bender at the bar jamming out to Journey when this prick was WAY too hyped on his game of pool. Unfortunately, he also apparently any good at the game when after every single shot he took, he’d scream “FUCK!!!!” at the top of his lungs. Either he was totally awful, or had a cracked rib or something. Who am i to judge? Oh, that’s right. I’m Durdan.

Once again, i found myself doodling, NOT DIDDLING, my friends.

Another night found me at another denizen of debauchery. This time, this siren wearing a dress that I can only assume was made out of Post-it notes was attempting to lure me into the rocks and drown in the sea of her assumingly disgusting love nest.

A lesson in grammar:

Whenever someone says that a person should be “hung” for their crimes, i picture a serial killer with a HUGE dick. When referencing someone that should be strung up by their neck to their death, the term is “hanged”. HANGED.

I doodled up another good friend the other night. Boredom and beer mixed with a slow night has my stylus wandering.

So, here I am enjoying the melodious bellowing of my main man Steve Perry and this terrible excuse of a hotpocket starts belting out about how Journey sucks.

No, ma’am. Your terrible chicken legs and ill fitting sheet of a dress sucks. GTFO.

My good buddy Crab works for a golf course in Chicago. He has this issue with the workers using the shitter and leaving their monstrous hand rolls of poop stained toilet paper on the ground. He’s coined the phrase ‘power glove’ to describe this mexican nightmare and asked that I doodle up a cartoon to hang in the bathroom. Enjoy: 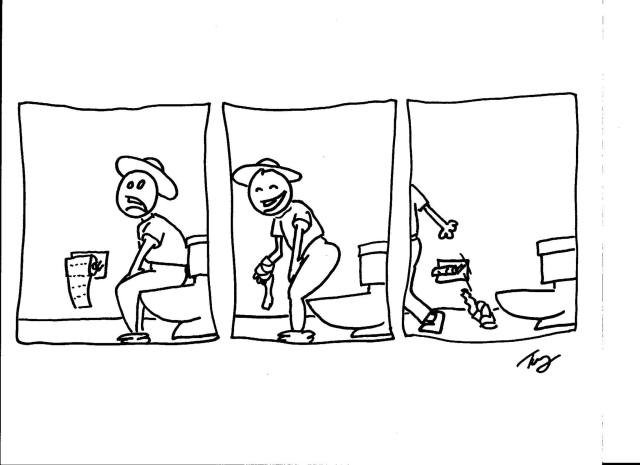 “UMMMM EXCUSE ME! You bumped into my boob!” 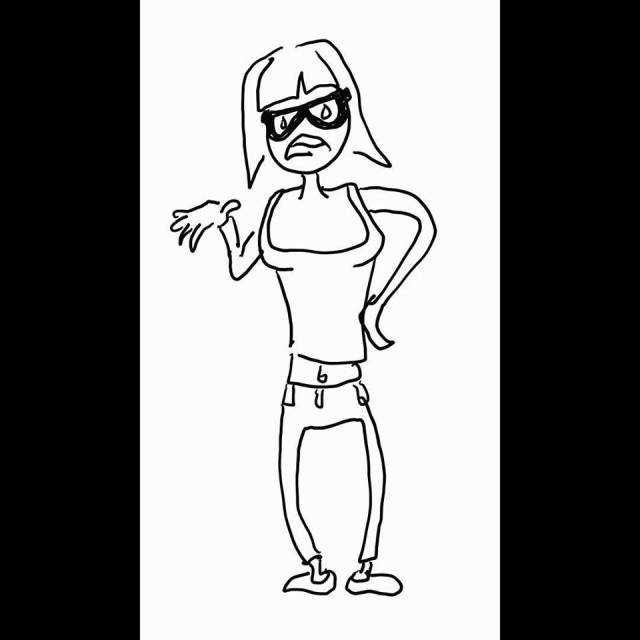 No, you hipster cunt. Your drunk ass felt into my elbow. Get fucked. She later told me i was sexy and wanted to come home with me. Jesus, no.

“oh, YOU’RE Taylor Durdan?! You deleted me after a week on FB.”
“Well, you probably sucked”
“Jesus, you’re an asshole in real life, too”

I love this person.

The best burlesquer this side of the Mississippi. The Supreme: Vita DeVoid

So, this year marks the blah blah blah it’s fucking Pre-Fest in Ybor again. The shithead precursor to “Fest” in Gainesville. Lots of bands playing everywhere and even more terrible people flooding the bars that I call home. Bless their hearts, I love that they bring money to the area, but…. 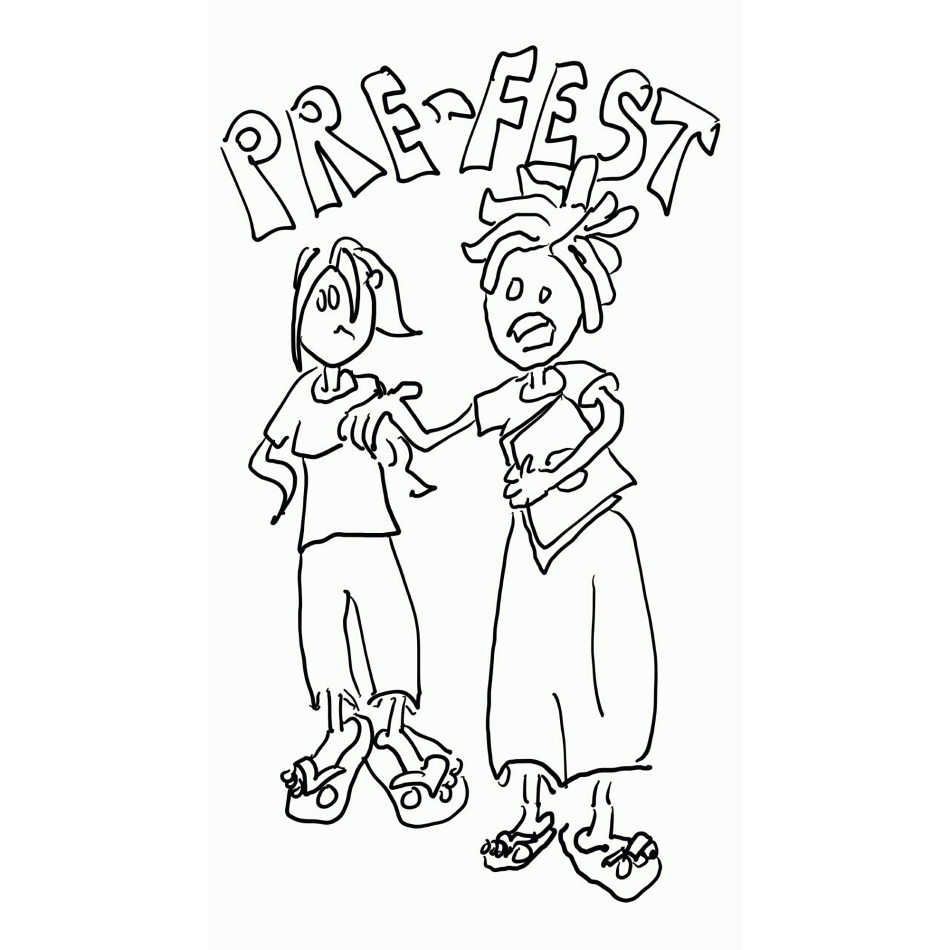 boy, are they typically pretty awful. I don’t care about what you call music, and I care even less about the records you’re clutching like a new born baby. Get out of my bar.